Anuj established VRRT in 1994. VRRT was the first Virtual Reality Company in India in 1994. The initial years were spent in creating a market for VRRT’s products & services. Anuj attended the VRST Conference in Singapore in 1994. He was a Member of the VRSIG (VR Special Interest Group on Virtual Reality) set up by the DoE in 1994. Anuj was invited to speak at the VRWorld at San Jose, California in 1995. He was also a Member of the Steering Committee for the VRExpo'96 organized by the DoE.

“As an entrepreneur with 21+ years of experience in 3D Visualization, Anuj has tried to create a world class Architectural Visualization Company that strives to create & progressively enhance use of virtual imagery for use by various stake holders”. 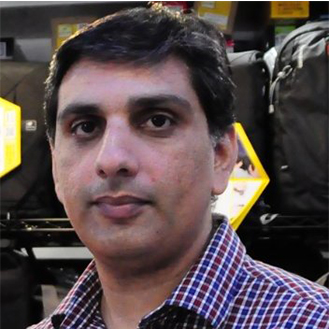 Anshuman Singh is an Architect and 3D Visualization Artist with an experience 15+ years. After graduating in Architecture in 1999, Anshuman decided to venture into the field of Visualization and Architectural Animation. Over the past 15 years Anshuman has worked with several International and Indian Architectural firms creating state of the Art 3D Visuals and Animations.After working with several International firms for over 5 years, he joined VRRT 10 years ago and in that time he has mentored several 3D artists in creating breathtaking Animations.

In 2013 under his leadership VRRT won the Autodesk Infrastructure Award in Las Vegas for DLF Cyber City. In 2014 under his guidance VRRT received the Delhi CG Award for best animation for Anant Raj Estates.

He is constantly experimenting and continuously developing new and better ways to help the Clients understand their Architecture better. 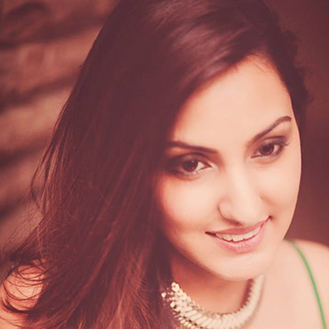 An alumna of Lady Shri Ram College, Neha has 6+ years of work experience in Advertising and Brand Management. Having worked with leading Agencies such as McCann and Ogilvy and across some of the leading global brands, Neha has a deep understanding of all things related to Marketing, Design & Communication and Brand Identity Development.

Passionate about Marketing & New Business Development, she aims to push the envelope and raise the bar at VRRT.